Posted by SeanMChase on May 3, 2020
Posted in: About Me, Music, Perspectives, Poetry, Uncategorized. Tagged: About Me, Divorce, Family, Love, Lyrics, Mothers Day, My Lyrics, My Songs, Only Child, Parenting, Separation, Single Moms, Songs. Leave a comment

In the past few years, I’ve been through a lot, and I’m finally at a point where I feel like I’m relatively grounded, confident, and stable (LOL… who knows if that’ll last).  One of the things that’s been interesting is that I was raised by a single mom and I put her through hell growing up.  I know because of my intelligence, my imagination, and my rebelliousness that I wasn’t easy to raise.  I also know that my mother was at a point where she didn’t fully know who she was and didn’t get to see her own dreams realised when I came along.  Sacrifices had to be made.  There wasn’t time to fully become the person she might have envisioned herself to be or to enact the kind of life that she had hoped for.  I remember feeling that, growing up, and dreading the possibility that maybe I was just an obstacle.  Now, here I am, in my mid-thirties and I often find myself in the role of a confidant and advocate for her, as she deals with her own struggles.  What if I could have been that support for her all along, even when I was the one taxing her emotionally, and what would I say now that I can communicate these complex feelings in words?  I imagine what advice I would have given to her when she was raising me, but through my adult eyes, and I wonder if she would have listened.  What started off as more of a hypothetical exercise in empathy and insight turned into a song.  When it was finished, I realised that maybe it was more universal than I had expected, so I’m sharing it now in honour of my mom, a week before Mother’s Day, but I hope that it can give comfort to all the single moms out there who are struggling to live their best life while also providing for their children.

So, to all you single moms
To you mothers, you mommies
You mommas, and you mums
It’s okay for you to break down
It’s okay to cry in your room
Take some time where you can and devote it to you
Hold your children close and let them know
That loving someone is sometimes all you can do

Separation is hard when you’re young
Things rise up to the surface when you’re older
Just when you thought you were done with them
And now you must struggle with this and that
Always hoping and praying to god that
This little boy will grow up into a man
And that the lessons you taught were learned
Goddamn, I hope that someday he’ll understand

But what if all this just leaves him damaged
Will he ever be able to forgive your flaws
Do you even deserve it if and when he does
Stop blaming yourself, stop hating yourself
Remember that you still always gave him love
And sometimes when there’s nothing else
That little gift of a tear veiling a smile
That little whisper, “I love you”;  that’s more than enough 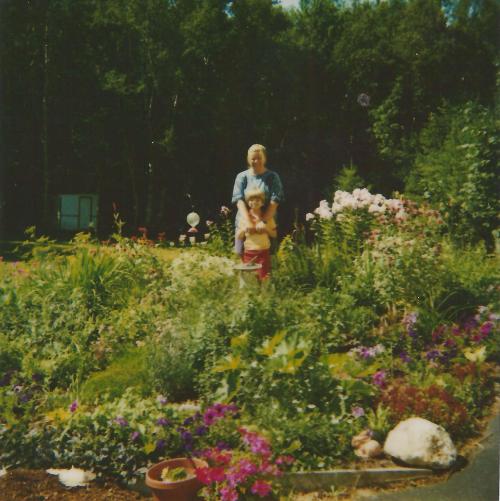 You can write songs about anything.  Literally any thing you can think of may become a song.  Yet sometimes there are topics, ideas, and emotions you want to convey that fight back with you as you attempt to express them. Sometimes you struggle with yourself on how to best express both your feelings and your thoughts.  Certain ideas don’t translate well or they sound one way in your head and another when committed to paper or spoken out loud.  Certainly, that is the case with abortion and reproductive freedoms, because it’s hard to talk about without people taking a reactionary stance whether it’s pro or anti.  Abortion is a challenging subject.  It’s challenging to talk about like an adult and it’s challenging to talk about without it becoming a religious or political debate.  Taking something that is for so many people a controversial and highly emotional subject and trying to explore it on a purely emotional and empathic level is by no means an easy feat.  We’ve come to a place in our collective culture where reproduction is such a hot button topic.  Even when we don’t politicize it.  People harp on each other about having babies too young or too old, about not having babies, about having too many babies, about having abortions, about not having abortions, about what is and isn’t empowering to a woman, about what is or isn’t inclusive of the man.  I feel like we’ve become so wrapped up in this debating mindset that we’ve forgotten the very basic principle of bodily autonomy and that the choice being made truly belongs to one person.  Whether you agree with her or not.  The discussion about women, women’s bodies, and reproductive freedom has largely been relegated to reactionary group think and it does no one a bit of good, because this is a choice that needs to be made by the mother-to-be or the woman-not-to-be-a-mother.  It’s not up to anyone else.  Not to political parties.  Not to family or friends.  Not to sociology students.  Not to census takers.  Not to religious groups.  As sacred as all life may be, so too is the right of the individual to choose what happens with their own body, and the direction they go must also be their choice, whatever direction they take or choice they make.  I stand by that.  I also stand by the right to choose whether you breast feed or bottle feed, whether you breast feed in public or privately, whether you go to work or stay home, whether you drop the kids off at daycare or have dad stay home (if there is a dad present) or whether you take turns with your partner (male or female) in raising the kids.  It’s all about choice.  It’s about the sanctity of that choice, the liberation of it, and the accountability of it too.

So step back and respect it for what it is
It’s not yours to own or to control it
That life and what promises it may bring
Are not yours, but are hers alone